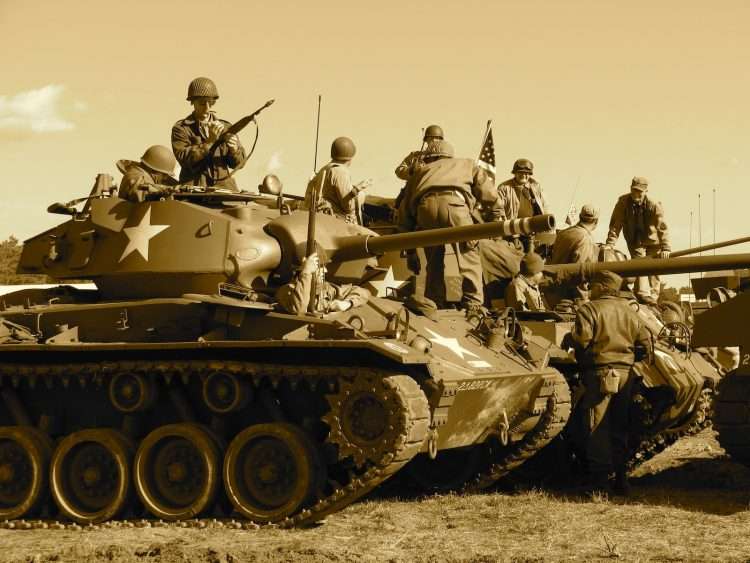 Historically war has occurred for many different reasons.

Some countries have a history of conflict over land or resources, and they’re always at odds with each other.

Other times, countries may go to war because they have different political views or ideologies.

And then sometimes it’s just because they want to show off their military power and might by fighting another country.

Countries may also decide to go to war for money or economic reasons.

If a country has a lot of money and power, but not enough resources to support its population, then it might want to take over another country that has those resources so that it can use them for itself.

Try and have a conversation for 2-3 minutes answering the following question.
Why do you think countries go to war?

Keep the conversation going with these follow questions related to War

Check out a different Advanced conversation:
Learning a New Language
View Conversation
Or why not try another conversation about Politics.