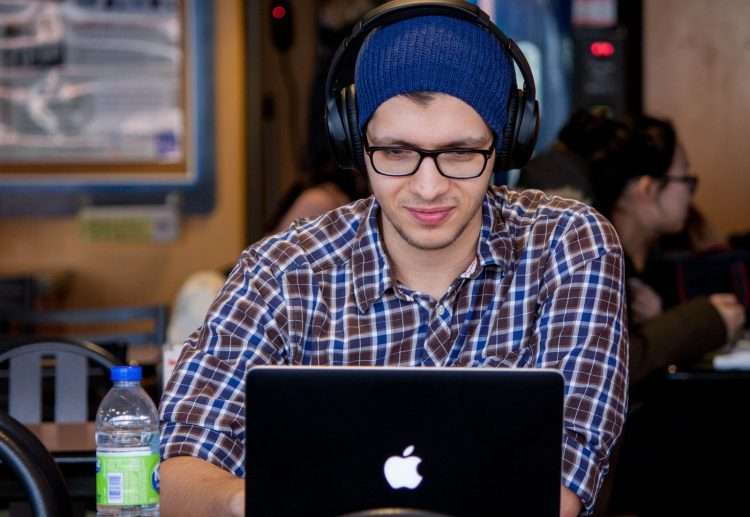 Listening to music, whether it be through speakers or headphones, is quite a common occurrence in the workplace. Manual workers such as builders, plumbers and labourers often listen to the radio throughout the day. Other professions such as programmers, designers and developers are often found working with headphones on listening to their favourite music or music which they claim helps them focus and be more productive. Even though this type of behaviour seems to be more common nowadays, there are still many people who believe listening to music while working is not only unprofessional, but also has a negative impact on the quality of work produced.

(most) likely (Adverb) = probably.
Example: “I think they will most likely vote against an increase in public health spending”.

Take (somebody/something) for granted (Phrase) = to not show that you are grateful for someone or something, and not remember that you are lucky to have it/them.
Example: “We shouldn't take this time we have together for granted”.

When it comes to… (Phrase) = used to introduce a new idea that you want to say something about.
Example: “When it comes to young children I think that they should focus less on exams.”.

Should workers be allowed to listen to music whilst working?

Other lessons about Music or Work